The Knysna Estuary is the blue heart of our town. The sheer loveliness of this iconic estuarine bay will take your breath away, and so too will the showstopping diversity of life that exists here, both above and beneath the surface. It’s pretty mind-boggling just how many species of fauna and flora can be found here, so many in fact, that it is considered the most important estuary in terms of biodiversity significance in South Africa. It also forms part of The Knysna Hope Spot. Mission Blue, the well-known marine conservation organisation, defines Hope Spots as special conservation areas that are critical to the health of our oceans. 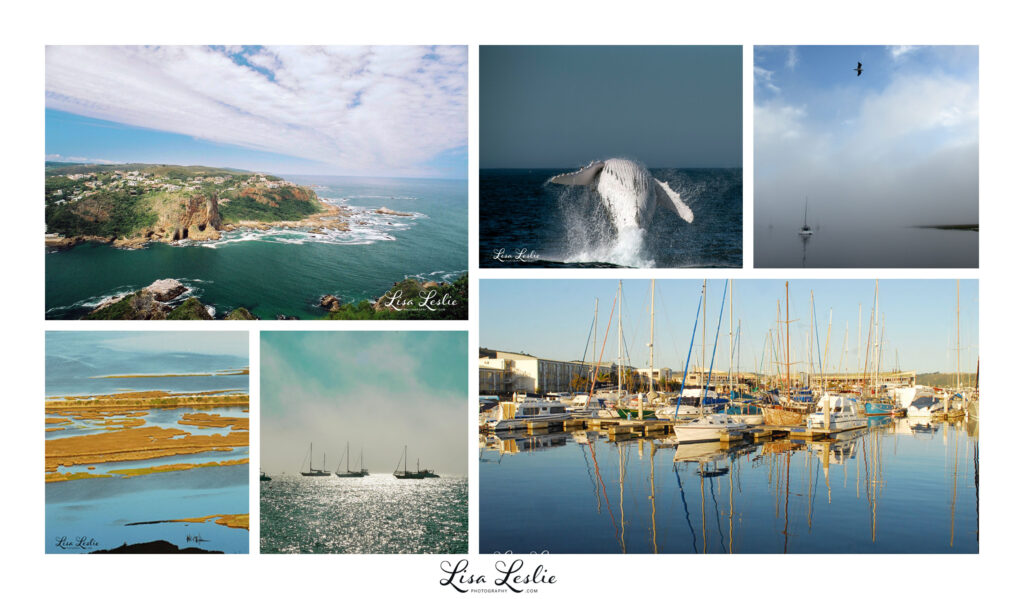 Introducing visitors to the wonders of our estuary is one of the key components of our Marine Eco Tours.  Every day, weather permitting, we travel several kilometres across the estuary’s broad expanse to reach the mouth of the system, known fondly as ‘The Heads’. This gives our guests onboard the opportunity to see first-hand both the beauty and all the shenanigans taking place on the estuary. Fishing, boating, paddling, birds peppering the sky overhead, seals gambolling about – there is rarely a dull a moment across this popular watery expanse.

The twice daily tidal dance that plays out between the sentinel sandstone cliffs of the estuary mouth is one of the key factors for the estuary’s spectacular biodiversity. Its permanent opening to the sea makes it an extremely dynamic environment. Some days the opening is as flat as a pancake. Other days, mammoth 5-7 metre waves crash across the entire width of the channel. 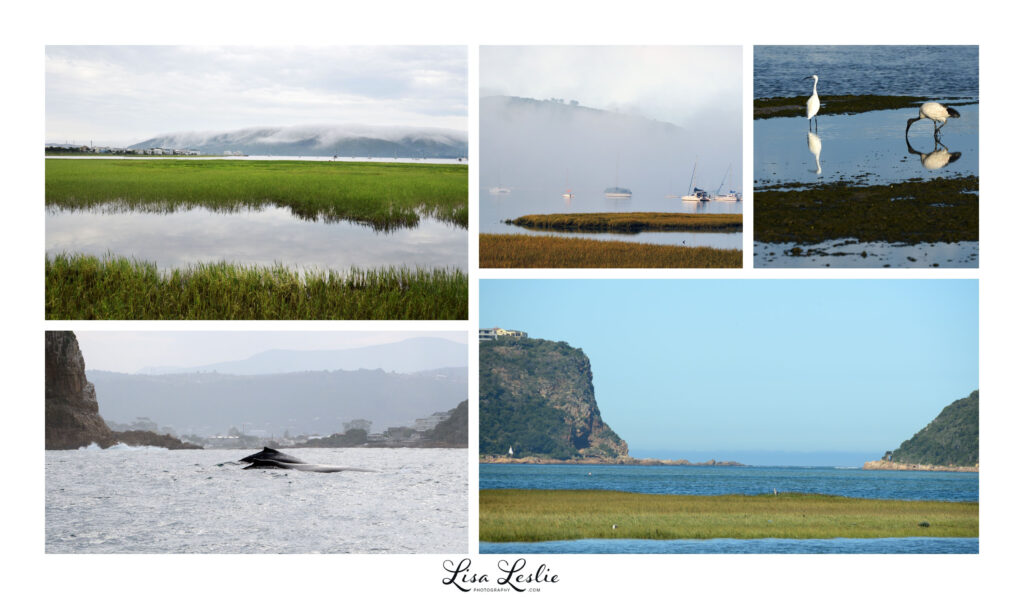 The length of the channel is 230 metres wide, but only a mere 50 metres of that is actually navigable, owing to the presence of both an inner and outer bar along with a hodgepodge assembly of submerged rocks. It was once proclaimed by the British Royal Navy to be the most dangerous harbour entrance in the world. Skippers therefore, need to exercise caution and know when and where it is safe to exit. (Our seasoned skippers have navigated this passage hundreds of times and are acutely aware of the fluctuating conditions.) 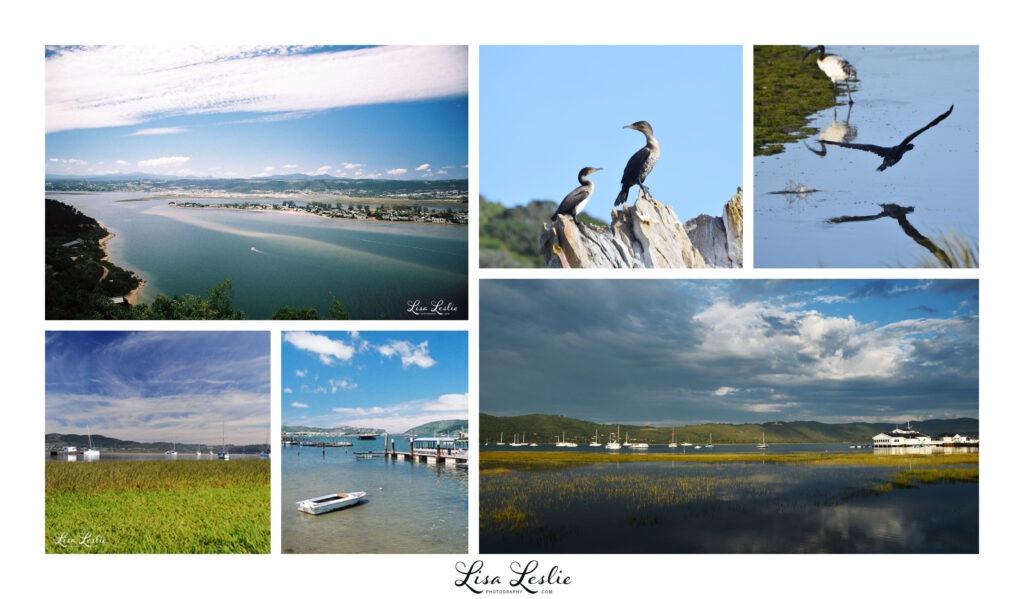 The total surface area of this estuarine bay is about 1827 hectares. The channel of the estuary being 19 km long and 2 km wide. The entire catchment area includes the Knysna River catchment which lies between the Indian Ocean coastline in the south, and the peaks of the undulating Klein Langkloof mountains, which form part of the Outeniqua Mountain system in the north. Together with its many tributaries, the Knysna River delivers over 110 million cubic metres of fresh water into the Knysna Estuary every year. (The Salt River and Bigai Stream have separate inflows into the Knysna Lagoon.) Fresh water flows from numerous sources in the northern mountainous regions and links up with the Knysna River, which then marries with the millions of litres of surging seawater that enter the system every day from the Indian Ocean. 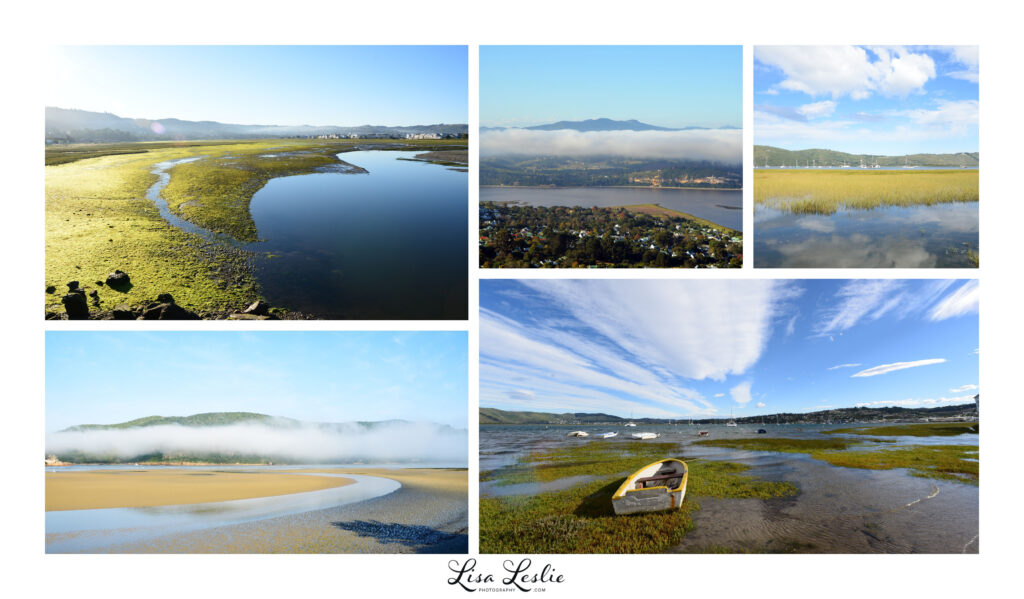 The intertidal wetlands in the Knysna Estuary are roughly 1000 hectares in size, second only to Langebaan Lagoon on the West Coast of Southern Africa. The estuary’s thriving salt marshes and intertidal mud flats are a vital component of the estuarine ecosystem as a whole because they act as a nutrient sink (an ecosystem which has a tendency to store organic matter and thus the nutrients within it). The estuary provides a sanctuary and food source for a diverse array fish and bird species. The estuary’s’ most celebrated resident is, of course, the Knysna seahorse – South Africa’s only endemic seahorse species.

Estuaries are often dubbed the ‘nurseries of the sea”, and the Knysna Estuary is one of the most important in the country because it serves as an essential breeding ground for up to 80% of coastal fish species in the area. It acts as nursery to several important juvenile marine line fish species such as kob and extremely vulnerable species such as spotted grunter, Cape stumpnose and white steenbras. 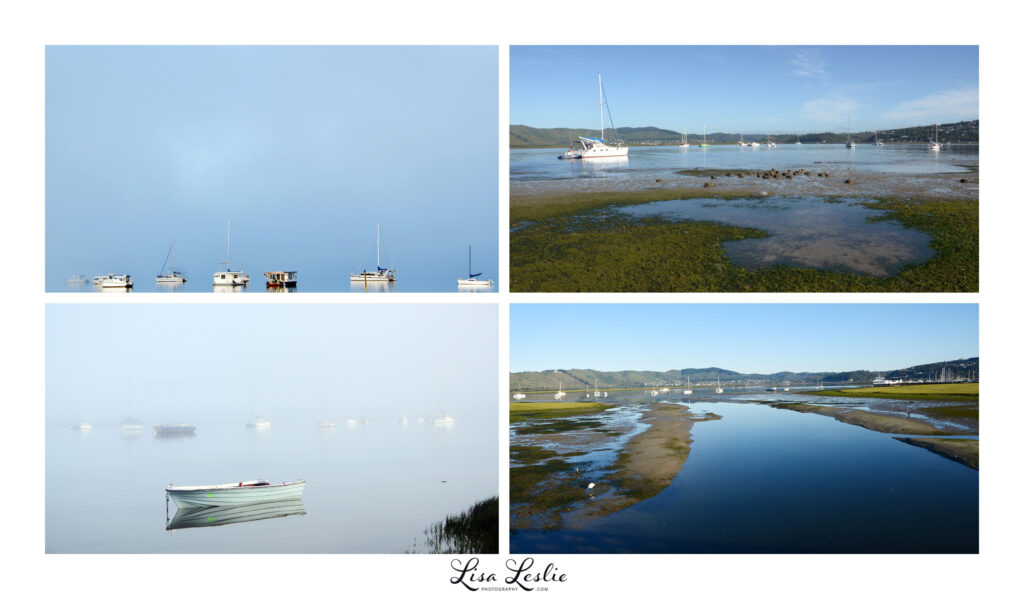 The Knysna Estuary is without a doubt a remarkable natural realm. It offers food for the belly and for the soul for many thousands of people and also provides a vital sanctuary for an extraordinary web of life. This is why it is so important that we do everything we can preserve it. The preservation of the Knysna Estuary’s fauna and flora would ensure that nearly 43% of South Africa’s estuarine biodiversity would be protected.  SanParks is the custodian of this vitally important natural realm, but they face myriad of challenges such as pollution and overfishing.

So, the next time you cast your eyes across this liquid landscape, spare a thought to just how special Knysna’s Blue heart really is.