September 21st is International Coastal Cleanup Day, an annual global event where thousands of concerned, ocean-loving souls from more than 100 countries rally together to collect trash on beaches, coasts, rivers, waterways and underwater dive sites before it has the chance to enter our precious oceans. It is the largest volunteer effort in aid our planet’s increasingly fragile ocean health.

This year’s collective local clean-up was dubbed “Spring Clean Greater Knysna” and it proved a resounding success. In total there were 13 different teams spread out across various sites in the Greater Knysna area and each and every person involved made a tangible difference to the health of our local environment – both above and beneath the water.

Barbara Day Krige led the team of seven volunteers that cleaned the area along the edge of the estuary behind the Premiere Hotel. The total tally of rubbish collected by this team alone was sobering. “We picked up 15 bags of rubbish in total”, explained Barbara. “it included broken glass bottles, chip packets, plastic bottles, straws and a host of other plastic debris. Thankfully we managed to clean all of this before the spring high tide, so none of this debris had the chance to wash into our estuary”. 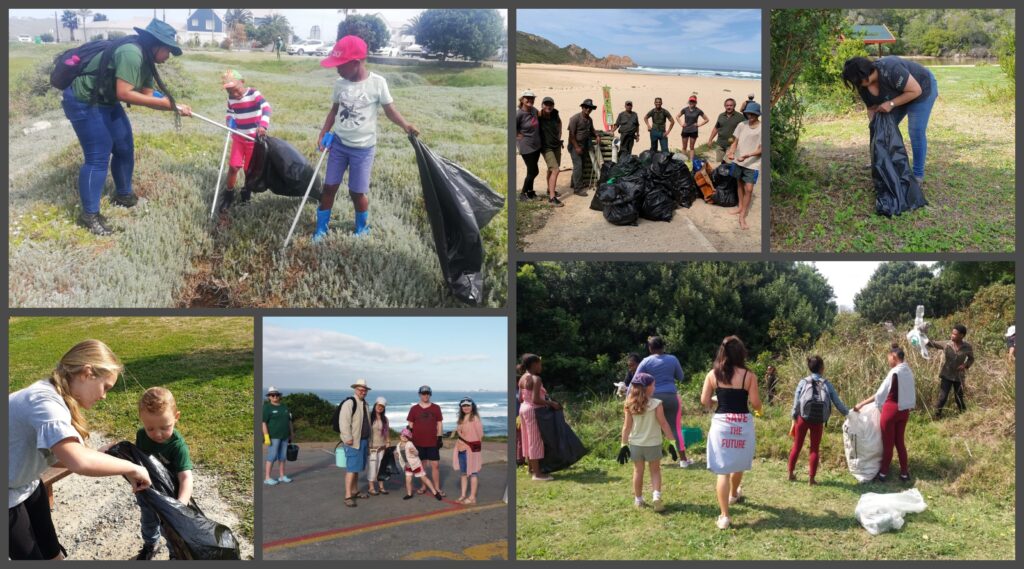 Another team of 12 enthusiastic nature lovers collected debris on the ‘Wild Side’ of Buffalo Bay near the mouth of the Goukamma River. “We painstakingly collected 6 bags of rubbish”, said team leader Susanne Jasper, “mostly washed up tiny plastic shards (known as microplastics), bottle caps, straws and other bits of plastic, dispersed in sand and stuck in the seagrass and algae carpets that lie across the closed Goukamma River Mouth. The shore breeding birds were happy onlookers to the whole event and they will hopefully have a cleaner breeding site this summer. We found it very satisfying that we could prevent this debris from washing out to sea once the mouth opens again.” 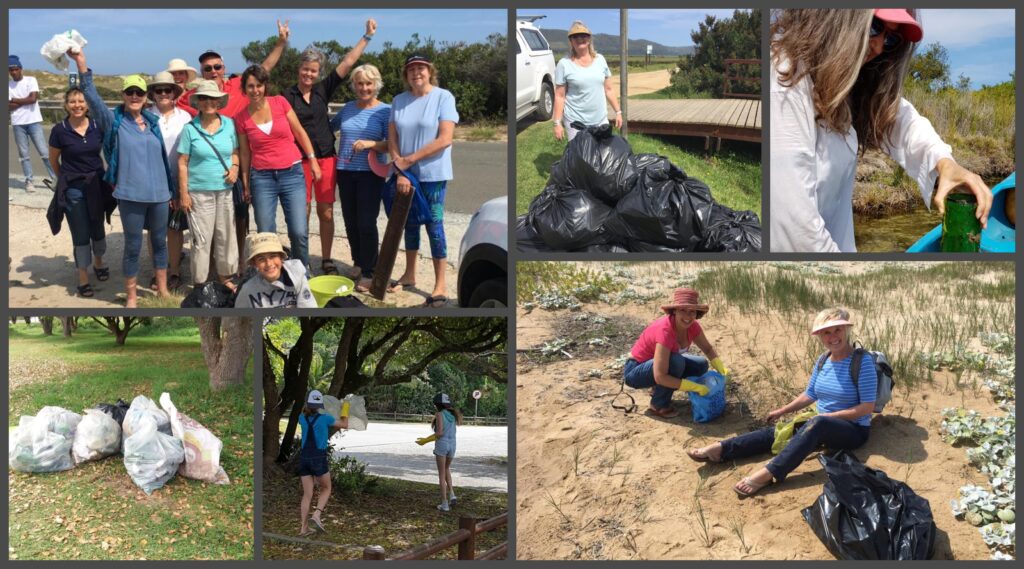 In Sedgefield, an intrepid team of 15 people (led by Robyn Patz), took to the lagoon in canoes and in on foot and cleaned areas of the Swartvlei lagoon. They were careful not to disturb the breeding herons, cormorants, coots and grebes while they cleared the plastic waste around them.

Both the Strandloper Project and the Knysna Basin Project (KBP) teams delved beneath the surface for their respective clean ups, focusing primarily on lost fishing debris at key fishing sites, one in Knysna and one in Sedgefield. Director of the KBP, Louw Claassens, led the dive clean-up at the Thesen Island Marina. “It was quite a shock to see the vast amount of lost and discarded fishing gear at the bottom of the channel”, Louw exclaimed, “particularly the masses of entangled line.”

The amount of debris that they brought up to the surface by a team of just two divers and one person manning the boat over the course of just one hour was absolutely astounding.  They salvaged 18 specialised weights, 5 hooks, 180 sinkers, 2 floats, 1 fin, 2 cool drink cans, 1 plastic bottle, 1 camping chair, 24 spark plugs, 8 fishing rod pieces and metres upon metres of tangled line. “This made us realise that a drastic clean up this area is needed and also some serious consideration of the impact of shore-based fishing on our estuary”. 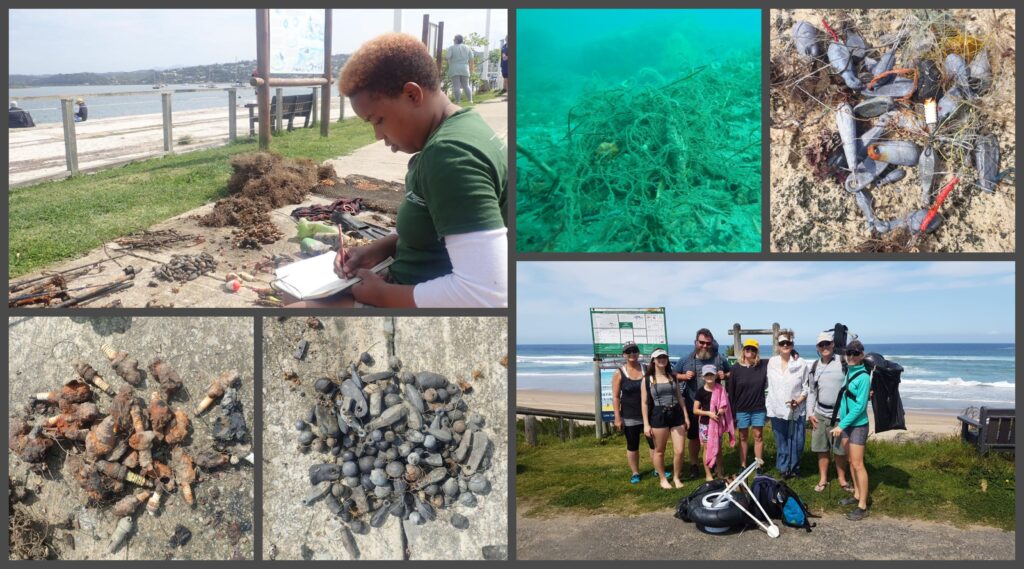 The Strandlopers focused on their usual dive site reef at Gericke’s Point which they have been cleaning for almost 2 years. Every time they dive here, a significant amount of lost fishing gear is salvaged, showing high accumulation rates at this popular fishing site. On this particular dive they recovered 34 sinkers in total, which is concerning since they dived this exact site just 2 weeks prior.

One of the most inspiring clean-ups was without a doubt the Waste Nothing Clean Up led by Biowise. They believe strongly that trash should be viewed as a resource and therefore they either made Eco-bricks or recycled the majority of the waste collected. Their team of 20 plus eco-warriors from ages 5 to 70 years old managed to save 10 black bags of waste from going into the landfill by making eco-bricks on site.

We would like to extend a huge thank you and send a big shout out to all those that took time out to help keep our precious Greater Knysna and the adjacent ocean clean from waste. We look forward to participating in the next organised beach and estuary clean up.

Online Ordering Only
Once you have submitted your order, we will contact you with regards to the cost of shipping and available payment methods for your order. Dismiss